Licensee's use of a Program may not exceed the level defined by the number of use authorizations Licensee has acquired, as evidenced in Licensee's Proof of Entitlement (PoE). Each version of the Program is available for licensing in accordance with one or more of the following levels of use:

1.1) The following applies to any version of an IBM Informix Ultimate Edition Program when used solely in a development environment.

If the Program is used only in a development environment, there is no minimum Authorized User Single Install or Concurrent Session license entitlement requirement. Licensee must only acquire entitlements to the actual number of Authorized Users Single Install or Concurrent Sessions Licensee uses. Use in a development environment is limited to the purposes of developing, evaluating, demonstrating, and testing application programs, and for no other purpose.

1.2) Authorized User Single Install - If Licensee acquires a Program based on this Charge Metric, then the terms of this Section apply.

1.3) Concurrent Session - If Licensee acquires a Program based on this Charge Metric, then the terms of this Section apply.

Each logical connection from a Client Device made, directly or indirectly, to a database instance created for an Install, through the Intranet (connections from within Licensee's Enterprise) or through the Internet (connections from outside Licensee's Enterprise) is counted as a separate Concurrent Session and a separate entitlement (PoE) must be acquired for such Concurrent Session.

A PoE is required for each Concurrent Session established to access the Program or any Program component either directly or indirectly through any means. An example of "indirect" access would be through a multiplexing program, Client Device, or application server. The number of connections is not reduced by any program, Client Device, or machine, such as a front-end server, application server, or multiplexer, which may be used to connect, manage, and/or concentrate the logical connections.

Each batch process being executed at the same time is also considered to be a Concurrent Session.

1.4) Processor Value Unit (PVU) - If Licensee acquires a Program based on this Charge Metric, then the terms of this Section apply.

2.1) Licensee must license the Program on a PVU, Concurrent Session, or Authorized User Single Install basis.

2.2.1) There are no additional charges for the Program placed on standby secondary Install(s) in Cold or Warm standby configurations.

For definition of Cold, Warm, and Hot standby, see http://www-03.ibm.com/software/sla/sladb.nsf/pdf/policies/$file/Feb-2003-IPLA-backup.pdf

The Program is made up of components, and use of any component is use of the Program. Therefore, for example, if Licensee uses one component of IBM Informix on one Install, and another of its components on another Install, both Installs must be fully licensed. The number of PVU, Authorized User Single Install or Concurrent Session authorizations required for IBM Informix is the total of the number of entitlements (PVUs, Authorized Users Single Install or Concurrent Sessions) required for each of its components and all components must be licensed on the same charge metric.

3.1) The following is an exception: Licensee may, without requiring additional authorizations, install additional copies of each of the following three components in support of Licensee's authorized use of the Program within Licensee's Enterprise: IBM Informix Connect Runtime, Informix ODBC, and IBM Informix JDBC. However, Licensee must have sufficient PVU, Authorized User Single Install, or Concurrent Session authorizations for the Program to provide for the use of these components.

Pursuant to the Informix CSDK program license agreement which Licensee must accept before use upon installation, the IBM Informix JDBC Embed SQL runtime libraries included the CSDK may not be used in production mode. 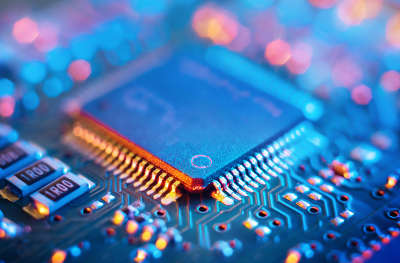